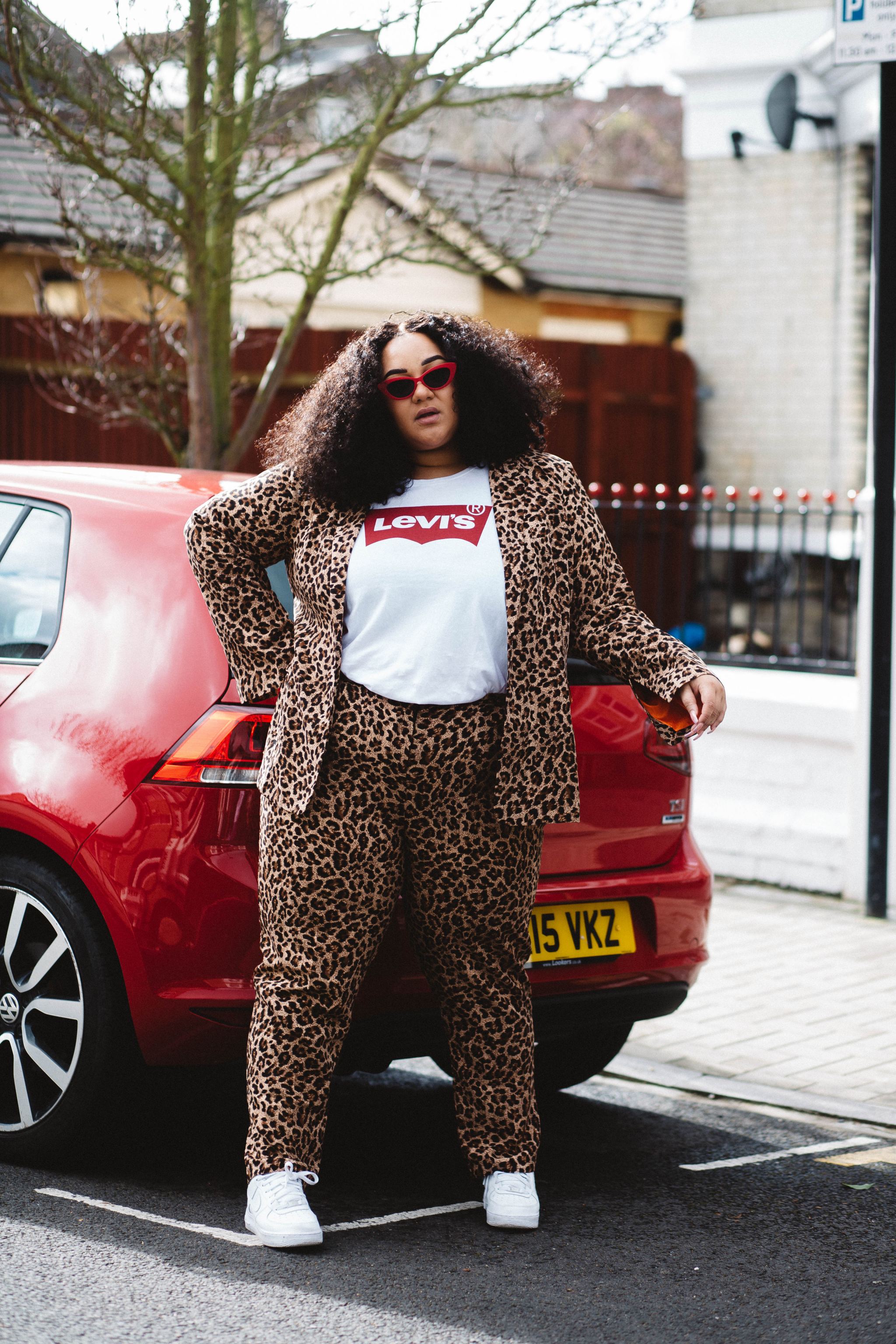 Happy Friday ya'll... we made it through another working week, and if you're reading this after its been published and its a
Tuesday or summin lol - then I hope you make it through too.

I've also just tweeted about how fucking badly I need spring. You guys, my energy is so low and the need to hibernate (IN FUCKING MARCH) is so real. Like hello? Where is the slightly warmer weather and a little bit of sunshine. I'm thoroughly regretting the fact I booked a holiday for the end of May and not the end of March lol.

I'm exhausted, I'm drained and in all honesty. If I could hide away, eat numerous bags of Mini Eggs and binge watch
How To Get Away With Murder then best believe I would.

But alas. There's work to do, posts to write and a flat to tidy in time for the weekend.

So from the comfort of my giant bed and some drilling in the background thanks to my neighbours
across the road having work done, I thought it was about time I spoke about blocking.

A few years back there was a lot of talk about blocking people on social media. The general consensus was that people felt like the blocking button was being used to censor people, and silence them if they were giving constructive criticism or voicing an opinion that was different from yours.

Since being online and open to abuse or just mean comments in general, I have been notorious with blocking people lol. I remember being shown some comments about me on a gossip site that said something along the lines of "Ugh.. Grace is just so fake and childish. She claims to be real but if you say anything to her that she doesn't like she just blocks you. If you bring up anything, you have to be prepared for your comment to disappear and for you to be blocked. She's just a bitch who can't handle being on the internet".

At the time I was furious and annoyed lol. I didn't understand why blocking someone was such a problem and due to the old me needing to constantly prove myself, I decided to stop blocking people as much. I didn't want to be that girl who created a bubble around her by censoring her online world.

I think censorship, blocking and 'this is just a part of being online' was a huge topic of conversation back in 2016. Blogging had gone boom and with that, came the inevitable dragging from traditional media, creepy men and jealous women (yes I went there).

I remember so many bloggers and influencers talking about a rise in online hate and my god, I have definitely been on the receiving end of it all at some point.

From comments about my weight, to rape threats. From other bloggers talking shit about me because they don't agree with brands I'm working with, to numerous hate under a sponsored video for it just being sponsored. Negativity is shit. Constructive criticism is different though - which I think people get very confused about. Nobody likes criticism, but it is inevitable in the field I am in, and over the years I have definitely learned how to handle it better. But being told to lose weight, or that I'm going to die early, or that they don't like the way I speak is NOT constructive criticism. Comments like that are unnecessary, rude and can be really hurtful.

So as I've grown as a person, my career has continued and my followers have grown, I have slowly but surely realised the importance of protecting yourself online. And actually, that creating a online bubble is essential for my mental health and happiness.

Even now I occasionally still see tweets from people shaming others for their use of the block button. I do get it though. It takes away power from the aggressor and gives it back to the sufferer - but hey, that's too bad and maybe just get over it lol?

If someone has blocked you or your friend, or they've blocked a fellow blogger - it doesn't really matter why. Even if you think you gave constructive criticism, its actually someone's right to create a feed they are happy with and I really think we need to move away from trying to control or have a say in the way we use the block button.

Online trolling, micro aggressions, negativity and triggers are rife on social media and for me personally, blocking a bitch is also a part of that. It's not about them 'winning' or 'giving them attention' its about valuing myself enough not to engage and allow them to be a part of my online world which I would like to keep safe.

I think the same about unfollowing too which is another way people shame others online - especially Twitter. It's just not that deep and thats coming from me - someone who's had friends and fellow bloggers unfollow her lol. Yes it hurts a little at first but you have to understand that people need to do what they've gotta do in order to enjoy social media.

I get the argument that it can be seen as censoring, but as adults, can we really be censored? We know whats going on in the world, we know if we're fat and we know if we've got a lisp. Do we need to be reminded of these things by people pretending to care? No we bloody don't.

The block button is there for protection and to make whatever platform we're using safer, more enjoyable and a pleasure to use.

I think we need to acknowledge blocking as an act of self care and as a way to look after ourselves.

What are your thoughts on blocking?