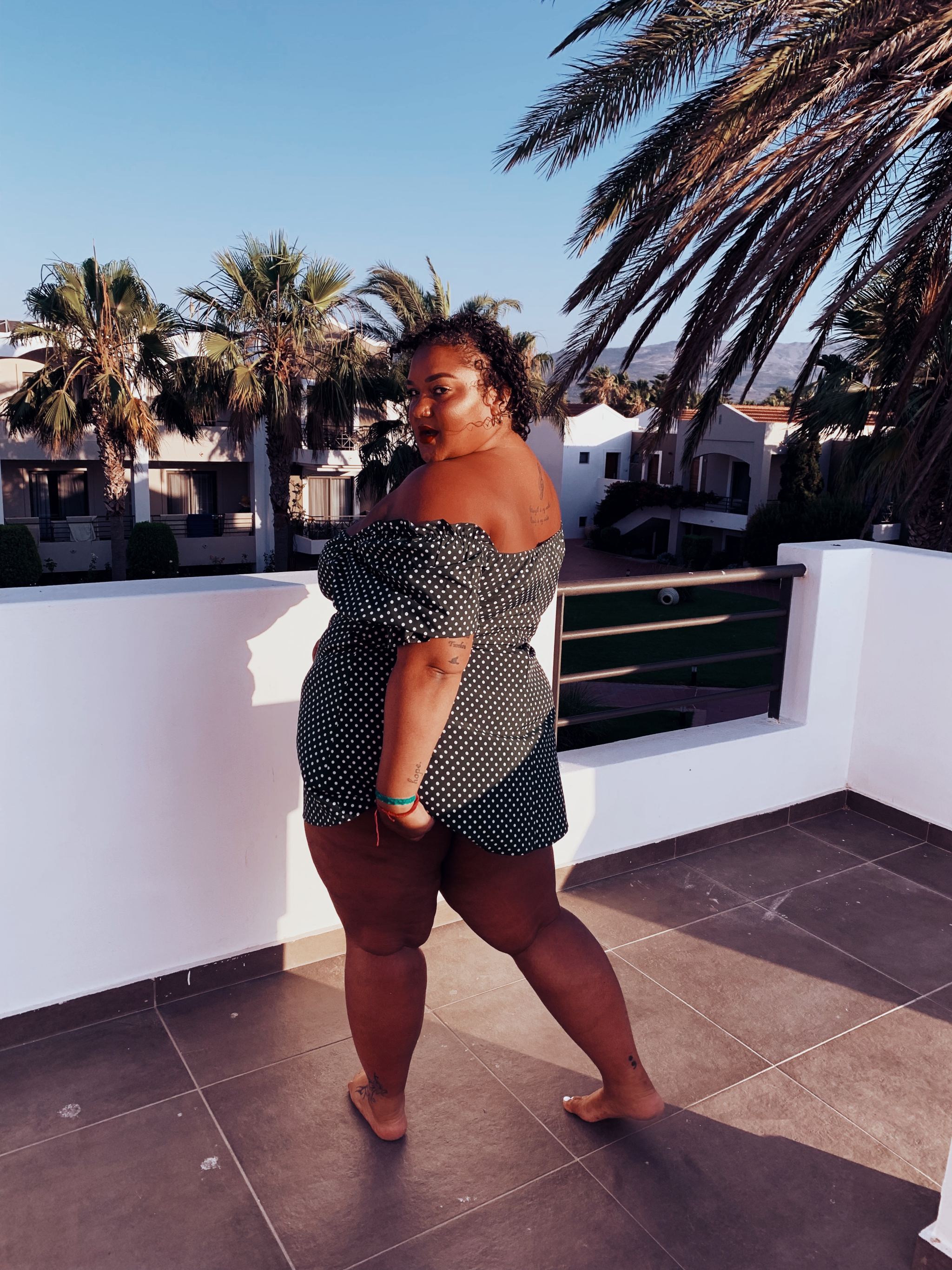 WOW. So this is what it feels to blog.

My last post was at the beginning of May, and now we are at the end of July and I really want to say 'where has the time gone?', but I know where it's bloody gone lol.

A lot has happened in my life these last few months that a life update video is definitely warranted but this morning I woke up and instantly thought 'lets try and write for the point of writing today'.

Sometimes you don't need a definitive reason or an amazing idea, sometimes you just need to write from the soul, for the soul.

So here we are.

The one thing that's been on my mind is the ever changing world of blogging. One day I'm inspired, motivated and getting a million and one things done and then the next day, it feels like I'm drowning and have no idea what the fuck I'm doing.

I remember a few years ago there were constant think pieces about the future of blogging - I even wrote one myself. Some people believed that IG was the place to be and that blogs were dying and other people (me) believed blogs would remain but the way in which we blogged would change.

I think both of those angles are true.

I don't blame anyone who hasn't blogged since 2017. Who has the time? Honestly. With brand collaborations and IG content taking the forefront, it is growing increasingly harder to write blog posts that have meaning and depth. But I guess on the one hand, do they have to have meaning and depth at all? Maybe a post can be a brain dump? Or even a diary entry? Maybe trying to write with substance all the time just isn't feasible? I guess for some people though, blogging is the space for lengthly, slow reading because so much of our content isn't that anymore. With Instagram being the front runner for pretty much everything, maybe we desire something more meaty. I know the constant stream of gorgeous photos and quick fire stories can become somewhat boring? And lets not even mention the algorithm.

Everything just feels so fast paced and I'd quite like a moment to breathe y'know? And take it all in. I have my gripes with the blogging industry but essentially, this is my career home. I want to enjoy the fruits of my labour, as well as all the exciting things that happen within this industry but I get comfortable, I get seated and I know what I'm doing, I've learnt the new ASA rules, I've found my space and then boom - something shifts.

Whether its internal or external, my work is definitely affected by it. It's like I'm swimming and then this giant fucking wave hits me and takes me under. I come to eventually, but it takes me a while.

It's overwhelming at times and I guess admitting that we can't do it all is the first step. I know I have to stop worrying and surrender but when it seems like you're the only one feeling this way it can feel quite lonely.

I genuinely have no idea what I'm doing half the time and I've been here since 2011 lol. Thats 9 fucking years of learning, relearning, starting and restarting until you crash and burn and in my case cry lol.

I think its also worth mentioning the constant battle of creating content and writing for yourself in comparison with creating content and writing for engagement. Sometimes I just want to post a photo on IG with a smiley face as the caption, but we all know that doesn't necessarily give that photo the best chance of being seen. Why do I need to post something deep and heartfelt in order to get likes? Why do I care about likes? Do I even care about likes? One half of me doesn't give a shit, but the other half cares a lot.

I change all the time and I often feel guilty for that. As if, in this industry you can't get it wrong. You can't try new things and then decide its not for you. This could be projection, but its like we all need to be doing exciting, grand things all the time, making announcements and to be seen doing *something*. Almost negating that just doing what we're doing (whatever that may be) isn't enough. Like we are lacking in someway and that there is always more to do, to say, to be achieved.

Is it the dark side of being a millennial? Is this the shadow part of the multi-hypen method? Where having our fingers in all the pies in order to pay our rent is putting too much pressure on us and in turn, really affecting our well-being?

It's tiring. I'm tired. Every woman in me is.

It's not easy, but the things worth having sometimes aren't. I love waking up when I want to (although I'm up before 8 everyday lol), I love being able to go to the cinema during the day and popping to IKEA at 2pm for lunch and to buy more plants that I don't need. I love that when I'm feeling down, I can post a photo on Instagram because at least I've done something and I love making money I once only dreamed of. It's great. It's wonderful and I am grateful to be here.

But I can't ignore the fact that there is minimal breathing space and time to just process and be. There is a constant need to create content that is quick and easy and doesn't take much brain space which I think can be beneficial, but on the other hand it can often leave us feeling empty.

I know most of us feel guilty for wanting/needing time off, but with the ever growing intensity that comes with existing in a capitalist world and wanting a better life for ourselves, maybe we need to slow down and smell the roses?

The fast pace of blogging with no doubt is exciting, but at what cost?