Its Eating Disorder Awareness week and whenever an awareness week comes around I feel all sorts of pressure to produce something on that topic - especially if its a topic I am already pretty vocal about.

As most of you will know, I was diagnosed with an ED back in summer 2016, although I have had disordered eating pretty much my entire life.

I left treatment at the end of last year and I have since, been trying to formulate a way to share with you what I've learnt. I'd like to ideally create a series on my blog and possibly Youtube channel about food, healing and awareness on how trauma can manifest. But because there is just so much to bloody talk about, I feel overwhelmed when I sit down and try to put a plan together.

I get asked SO many questions about eating disorders, some of which I don't really have the answers to. I am still on a journey of healing, understanding and enlightenment. Although it may sometimes look like from the outside that I am 'fixed', I just want to let you all know that I'm not. I don't really believe anyone can be 'fixed' (that perpetuates that working on ourselves ends at some point).. it doesn't. However I do believe everyone can heal.

Eating disorders are not a 'one size fits all' type thing and its time we stop acting like they are.

So.. where do I bloody begin lol.

I think I need to firstly talk about what my view on eating disorders was as a child and also why I had that view in the first place.

In the 90s and 00s eating disorder awareness mainly focused on anorexia. Headlines, news stories and images were dramatic, sensationalised and depicted the really really obvious devastating cases of anorexia. Anorexia appeared to just be a disease that didn't allow white, middle class women to eat. Therefore their bodies would shrink and shrink and shrink, until they were hospitalised and to put it bluntly - on deaths door.

Remember Take A Break and those 30p magazines that told harrowing stories of survival or heartbreak? I remember reading countless articles of '14 and 4 stone', and although I related to many aspects of these stories, I did not look like any of the young girls featured. So "I definitely don't have an issue with food".

Ironically at 14 I absolutely had a full blown eating disorder. Food controlled my life and in turn I desperately tried to control it, and although I fucking loved food, I also despised it at the same time.

I believe my ED stemmed from countless childhood traumas and one of those traumas being constantly fat shamed. Although for some people name calling isn't traumatic at all, for me it was, because it played into the notion I already believed - 'I wasn't good enough'. And when you have adults and family members picking on your size, mentioning the circumference of your neck and then complimenting you on your new slim body because you've been starving yourself and/or binging and throwing up, you begin to feel unsafe. And as child we all know, that can lead to devastating consequences. 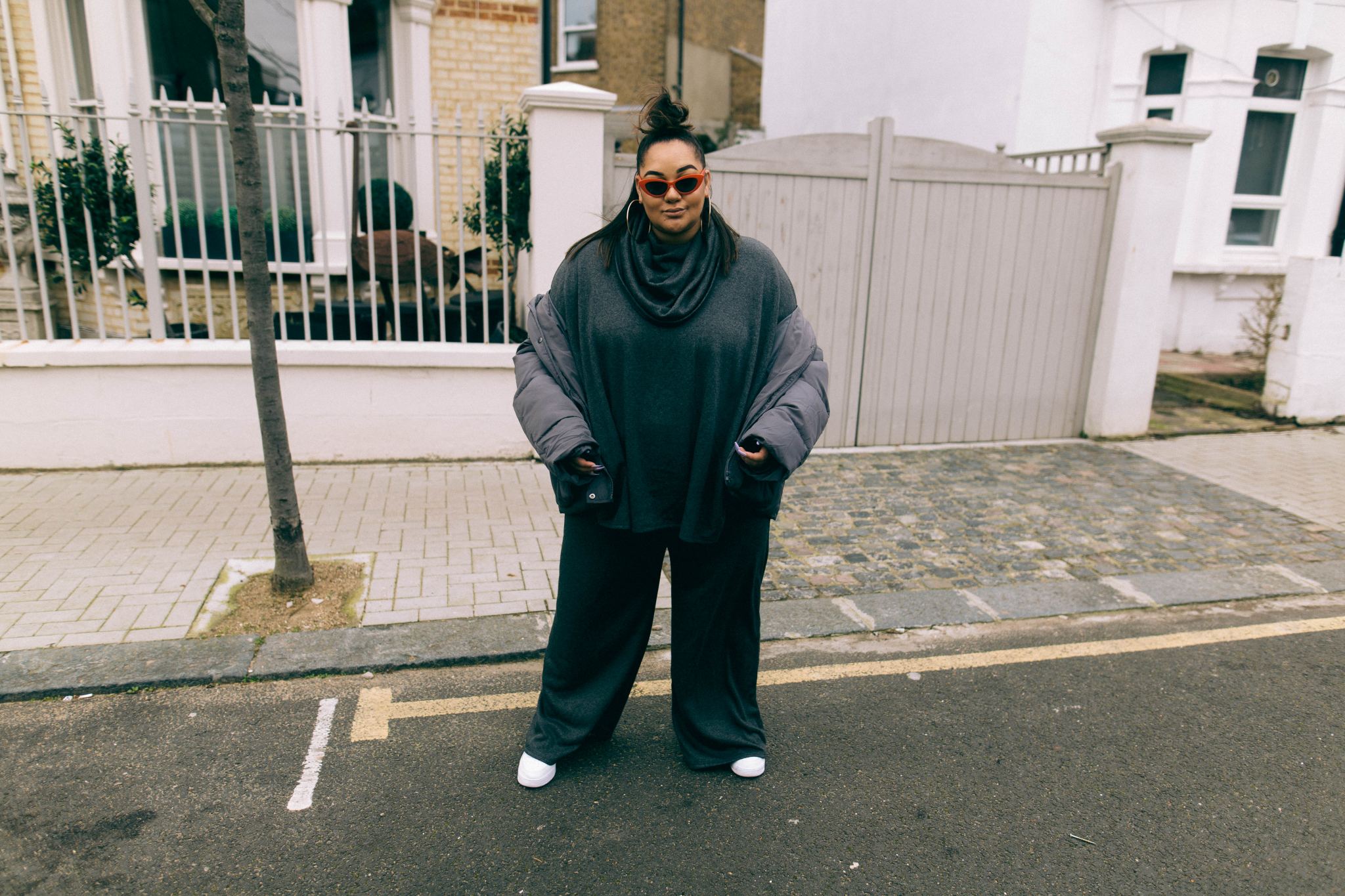 So as my trauma manifested through childhood and into my adult life, my issues with food developed, changed, got worse and sometimes slightly better. But the point of the matter is that my eating disorder was always there, and it was missed by the people closest to me, as well as doctors, councillors and dance teachers.

Of course I didn't always tell people how I felt and what was going on deep down, but looking back as my well adult self now, it really was obvious that I had serious issues with food.

Eating disorders are still somewhat just as taboo as they were when I was growing up. Yes there are many more conversations taking part through society, especially on social media, but I feel like the misconceptions of what eating disorder's look like, have not changed.

As a child, I was never fat, yet because I wasn't conventionally slim, I truly believe that is why my eating behaviours weren't picked up and why they were in turn, actually praised. I was told in many ways that only really underweight women have eating disorders, and if you don't fall into that category you just lack self control, need to exercise more and basically you just need to pull yourself together. If these attitudes were different maybe I would have been diagnosed in my teens. Who knows.

The real issue we still have is that we live in a completely fatphobic society that dehumanises larger body types and people who sit outside of the norm. Marginalised people and ethnic minorities are at the bottom of the chain of health and therefore are misdiagnosed - especially with mental health, and in some cases they are not diagnosed at all.

So as a chubby child who had an anorexic mindset that manifested with so many eating disorder behaviours, I was constantly put on diets, constantly body shamed and constantly told I needed to be slimmer. These actions and words played into my disorder and affectively made me believe that how I felt and ways in which I were harming myself were normal. 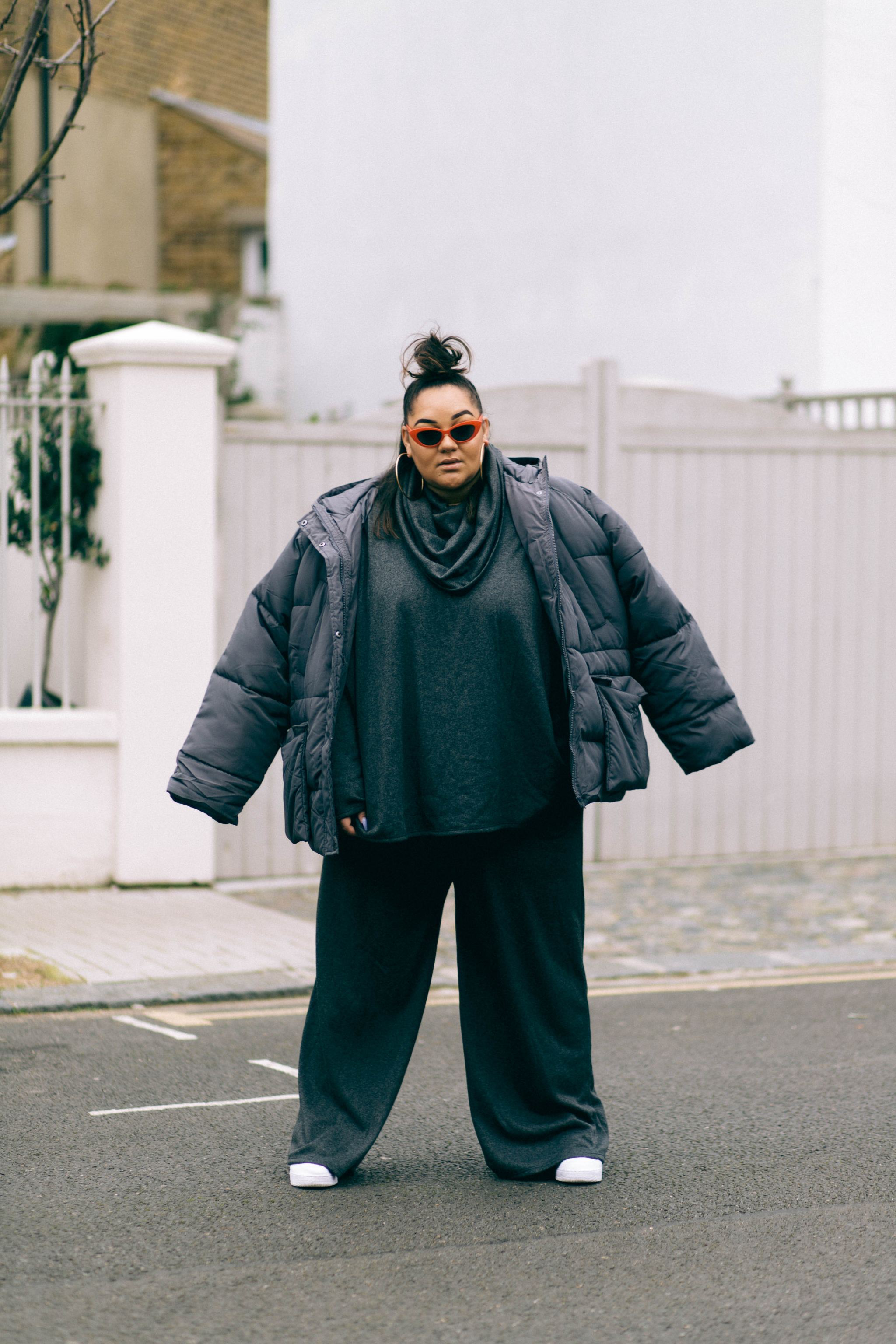 That brings me up to where I am now.

Luckily I have recieved incredible treatment that has enabled me to understand my trauma, learn about my eating disorder and discover lots of different ways to heal and eventually become at peace with my past.

However if I am completely honest, although I have come out the other side and moved towards the light, my opinions towards eating disorder misconceptions are still the same. If anything - I am now even more aware, of how damaging societies views on what an eating disorder looks like can be.

In most conversations that are happening RIGHT NOW, we are still only talking about the drastic sides of an eating disorder, which hugely misses the problem at hand. In documentaries, shows and even music videos, eating disorders are depicted by white, very thin, middle class women or girls and yes they suffer - but they are not the only ones.

We are still living in a time where doctors will ask you to become severely underweight in order to be considered for ED treatment, which is fucking disgusting. Mental illness cannot always be seen from the outside and by what you look like - despite professionals and society telling us otherwise. You shouldn't have to look a certain way to receive treatment or to have how you feel validated. This dangerous narrative has to change and has to change now.

Getting help and getting well should be for everyone. But first we need to re-evaluate our judgements and prejudices around what an eating disorder looks like.

Time and time again I am told 'you don't look like you have an eating disorder', because I don't fit in the box that apparently declares what an eating disorder looks like. This belief was engrained in me as a child and it took my own diagnosis in my middle 20's to unlearn this harmful stance. To move forward and heal from an overwhelmingly disordered society its about time we get educated on trauma, and ways in which it can manifest.