Why Does Everyone Look The Same?

Last night there was excitement and anticipation in the air. Twitter was a fury of enthusiasm and eagerness because yassss girl, the bloggers blog awards shortlist was announced. Anything that is community lead has my full support and Hayley, the founder, is someone I respect as a business woman and as a content creator. So just like most bloggers I sat and scrolled through the shortlisted bloggers in an array of categories - travel to beauty, to food to fashion. I saw some of my ultimate favourites and for a split second I felt a wave of happiness, but that wave was very short lived! As I got to the end of all the nominees, I realised the lack of diversity. 'Where are all the black people'?! I decided to scroll again, just to make sure and sure enough, the people shortlisted were 90% white.

My initial feeling was anger and disappointment which then turned to sadness and frustration. You see, the lack of diversity and representation in blogging is undeniable. It's not just awards either, its campaigns, opportunities and visibility too. Unfortunately fixing the issue isn't as easy as we would all hope, because the lack of WOC being seen and valued in blogging is actually an issue in society itself. This also goes for marginalised bodies. Why does everyone simply look the same? The most successful bloggers in terms of followers, earnings and opportunities are 90% white, slim & middle class. The majority of bloggers on the Instagram feeds of brands or the explore page are 90% white, slim & middle class. The majority of bloggers bringing out their own collections or collaborating with brands are 90% white, slim & middle class. Why?

I decided to privately message Hayley who admitted herself that 1. she could see the shortlist was lacking in diversity and 2. she didn't know how to approach the subject without offending POC - I respected her honesty. Other people were also realising how undiversified the awards were and soon enough there was a huge discussion happening on Twitter with myself, fellow blogger Kristabel, Hayley and lots of other bloggers too. It was an open dialogue of why why why? Why is this happening and how can we change it? It was great that this issue had been raised and people were engaged in conversation. But the bloggers blog awards is just ONE thing that lacks diversity. As a whole, the blogosphere is completely white washed.

It's clear to see this is just the tip of the iceberg. Representation matters yet WOC are completely disregarded in pretty much every aspect of blogging and it's not good enough. Yes there are a few black girls doing huge campaigns and hitting 250k+ views per Youtube video, but they are still a minority in the grand scheme of things. The same goes with light skinned girls like myself. We have a privilege that if I'm totally honest, I only noticed a few years ago. Having lighter skin is still preferred over dark skin and we need to see dark skinned girls and fat dark skinned girls getting the recognition they so rightfully deserve. There are so many WOC creating insane content and blogging should be a place where diverse people are celebrated, but unfortunately they are not. If you browse the Youtube homepage you will see the same type of people, and usually none of those people look like me. It appears you have to actively go looking for diverse people or people who don't fit the 'norm' and I just think thats really sad. Is it down to systematic racism? Is it down to algorithms not catering to POC? I don't have the answers. But what I do know, is that there is a serious issue throughout the influencer industry and it has become even more obvious since its been commercialised.

Growing up I never saw anyone who looked like me in magazines or on TV, and that was way back in the 90s. It is now 2017 and we still have that issue. It should be completely normal to see an array of skin tones AND body sizes throughout blogging but it's not. Brands using one black girl or one fat girl can often feel like a token or an after thought. Shit, I've even experienced this first hand, and whilst I will play the system for what it is and take every opportunity I can get to be visible, I am not ignorant to the fact that sometimes diversity is used as a 'trend'. Since when was what I looked like a trend? But alas, sometimes it feels that way.

We are still in an era where brands won't regram you if you don't fit their aesthetic which is usually a white girl with a tan, long hair & a Gucci handbag. I have no problem with girls who look like that, but I do have a problem with brands only recognising that as the only way to be beautiful or worthy. The same goes with brands using the same WOC for every campaign. There are 1000s and 1000s of diverse people within this industry who are fantastic at what they do.

We can't continue to ignore them. 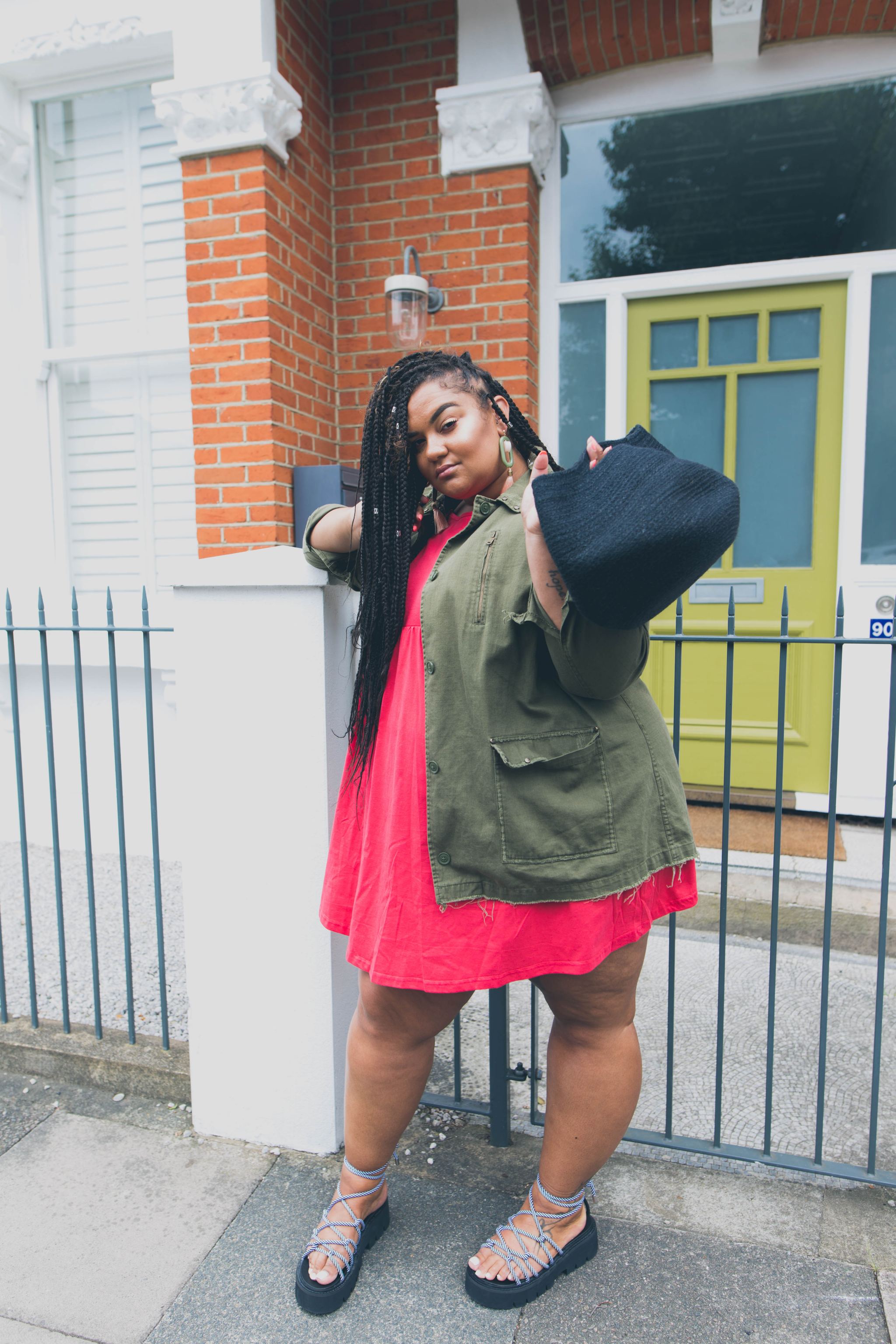 "Colourism is one thing I know social media has highlighted. From the fetishization of light-skinned babies, to the prevalence of bouncy, curly 3C hair textures in black hair product campaigns goes to show that theres only one shade of black a woman should be in order to be digestible and desirable." - The Slumflower 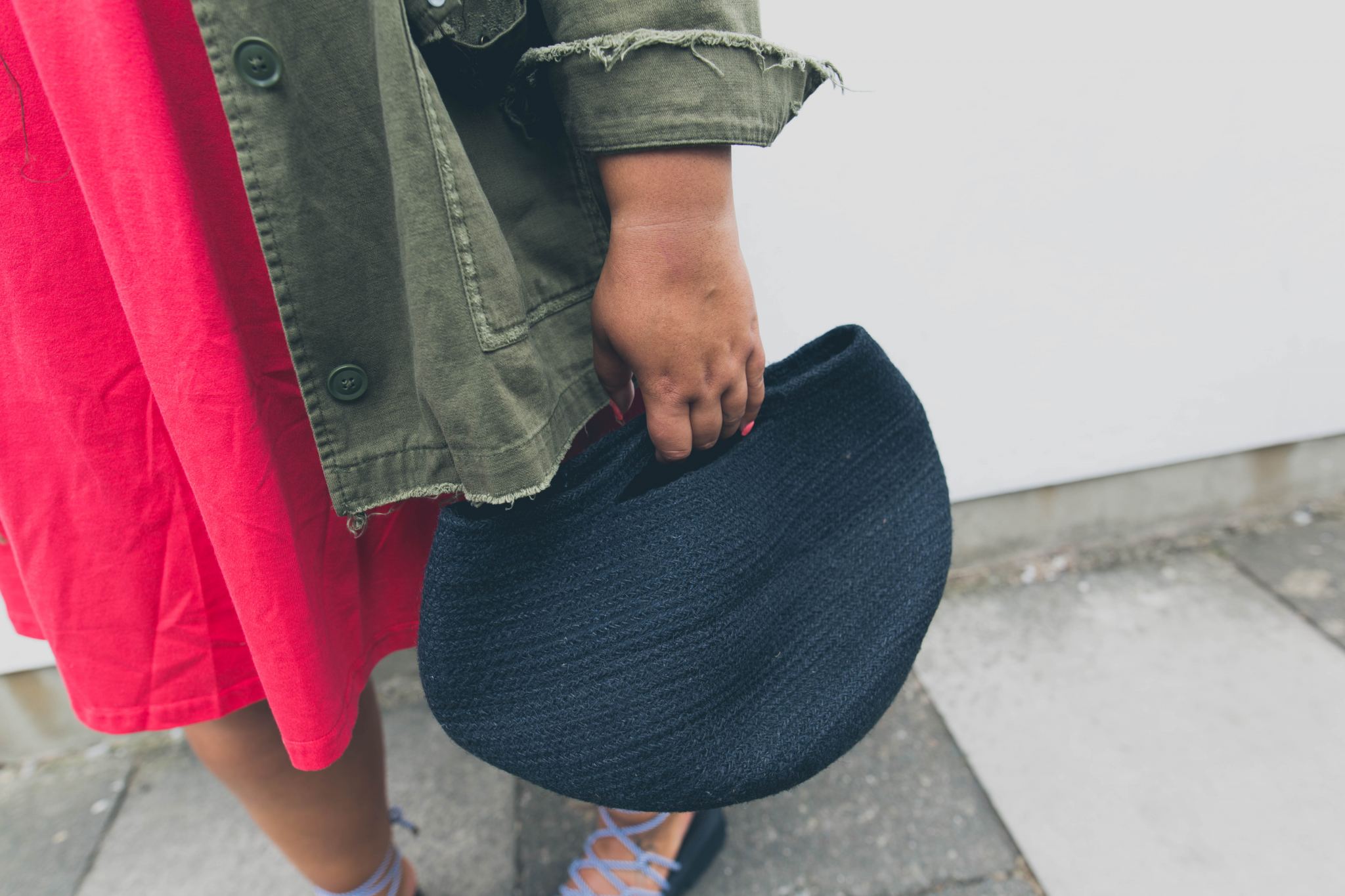 How Do We Move Forward?

The question that I get asked time and time again is 'what can we do?' and my honest answer is 'I don't know'. The lack of diversity within blogging is a reflection of the world we live in. That, and the lack of appreciation/respect/understanding of POC and very little intersectional feminism understood and recognised by our white feminist sisters. These are all societal issues which have to change via movements, governments and the very system racism was born from. However, as a blogging community we can all do our bit to improve on the issues we are face re diversity.

I know this post is really only about people of colour, specifically women of colour and diversity in blogging goes way deeper than that,
but I just wanted to really focus on skin colour for this one.

Fighting for my right to exist as a fat WOC is draining and tiresome. I am beyond thankful for the opportunities I have had through blogging but it's not good enough. We have to do more to change the current course we are on and I urge you all to recognise this issue within the blogosphere and do the very best you can to help POC become more visible. Black girls are making videos, creating posts and doing just as much as everyone else, yet they are undervalued and unrecognised.

Whether you are a blogger or a brand reading this, I hope this post has resonated with you in some way.