As a child I always knew I was mixed race. My dad is from St Vincent - a small island in the West Indies/Caribbean and my Mum is white caucasian - although she was born in Cyprus and raised in Hong Kong (v v jealous of this lol). It was always made clear that one half of me is white and the other half of me is black. I would even call my Dad's Mum, 'my black Nanny' which looking back on now, is kinda weird lol, but in the 90's I guess it was acceptable. I always felt completely split down the middle in terms of who I was, but I definitely felt safer when I connected to my white side than when I did with my black.

As a child I was conflicted with who I should be and what I should identify as. I remember receiving comments from peers such as 'you're more white than black aren't you', and I didn't really understand what they meant. Was it the music I listened to? The way I dressed? Or was it the way I spoke? I didn't exactly take offence to it, but it did make me feel uncomfortable and made me even more confused with who I was. What did it mean to be black then? Am I black even though half of me is white? Should I 'act' more black even though how act comes natural and feels right to me? As a child I had so many thoughts and feelings about my identity
- I just didn't know how to articulate them.

If we're being totally honest here, I spent more time around white people than I did black people and that's probably because I was raised by my Mum, and my Dad was nowhere to be seen pretty much throughout my entire life. However when he was around, he was violent and aggressive and with his brothers (my uncles) also being the same, they painted a picture for me, of what black men are like. I saw their behaviours and took that as gospel, and as a child who was I to know any different? I spent my childhood around white women and black men and that was all I knew. The picture I had of black women was also completely negative and as 27 year old me now, I don't know why. It could've been the 'angry black woman' narrative that is pushed through the media or the verbal abuse and isolation I received from black women in my wider family. But looking back the black role models I had in my life weren't positive, and that has played a massive part in how I viewed and took part in my black identity and Caribbean culture.

Having a missing black Father and feeling estranged from his side of the family created a warped view of black identity as a whole, but also somehow made me feel isolated from my own self. I blamed my Dad for a lot of pain and hurt that he caused not only me and my sister, but also my Mum and I think when I internalised those feelings, I also shut out a huge part of my identity. My childhood contained traditional West Indian food & reggae music - but that's where feeding my black identity ended.

Later on in my adult life I would start to wonder what it meant to be black and whether or not I was black enough.

As I got older and entered my teens, I became more and more aware of beauty ideals, and what was the acceptable way to look. Eurocentric beauty standards was what I had to look up to, and nobody around me ever told me that I was good enough the way I was. And that was not only in terms of size, but skin colour too. Although being 'mixed race' or 'light-skinned' has been fetishised over the years and it is often an ideal skin tone - I quickly began to realise that people would want my skin colour but not the actual racial identity and history that came with it. I've never hated my skin, but I have never been taught the story behind my shade and I know now that that is an integral part of who I am.

The trauma I have experienced was suppressed and along with it, I suppressed myself. Although I had many black friendships and relationships, I was completely disconnected with blackness being a part of me. I revelled in being mixed race because other people did, and I was happy to play the part that they wished they had. I loved my curly hair and my freckles and the fact that I could tan so easily, but beyond that I had no education and no knowledge on black history and it wasn't until 2016 that I truly discovered Grace.

A huge part of therapy was self discovery and identity, and from June 2016 I dedicated my life to recovery and healing my trauma. It has been the longest most difficult journey but the rewards I am now reaping are honestly priceless. Having to open up all the boxes I had consciously and sub consciously closed enabled me to find the person I was, but also the person I needed to be. When I forgave others and most importantly myself, I learned to be kinder and I was able to really fall in love with myself. For the very first time, I got to know Grace and I liked her. During this enlightening time I was also making an effort to curate and diversify my social media feeds. The body positive movement encouraged me to make sure I became more aware of marginalised people so thats exactly what I did and in doing so, I was opened up to a world of stories and experiences of black women. The Black Lives Matter movement was just coming out of the US and suddenly I was bombarded with black history, black facts and black education. The things I so naively didn't realise soon became at the forefront of my mind and began to play one of the most empowering steps with my recovery.

I started to recognise my lack of connection to my own blackness and I wanted to find her. I knew that in order to heal myself wholly, I needed to know myself wholly and my black heritage is a part of that. When I started to heal my trauma, I healed the part of me that viewed black culture the way I viewed my Dad. The negative connotations began to diminish with time and I started to look at myself as two races, but one identity and that was an extremely defining moment for me.

I've also had to try and let go of the fear of 'not being black enough' and at times that is really hard.
(separate post on this soon).

So what happened when I realised that I am black? Well, I started to love myself more and it started to manifest in every aspect of my life. From the way I wore my hair, to the clothes I draped on my skin. From my friendship circles, my spirituality, my working relationships, my home decor, my happiness. Literally everything changed and it changed for the better. I remember looking in the mirror after I got my braids done thinking 'this is me' and 'why the fuck didn't I do this sooner'. Connecting with black culture, MY culture, gave me a sense of belonging, a sense of certainty with 'this is who I am and I'm proud of her'. I can't articulate it any other way than I became the Queen I always knew I was. It was like I finally found a new lease of life and my purpose because even more prominent. My vocabulary has even changed and to put it simply - I'm fucking empowered. I'm interested in black history, my ancestors and other black women's experiences and I am now even interested in feminism, intersectional feminism to be clear. I feel more confident and special and like I can achieve anything.
I feel strong and grounded and centred and I also feel a sense of self.

Discovering my blackness has been invaluable and in developing my true identity I have been able to shed the demons that used to control me and tell me I wasn't good enough. My blood alone teaches me that I am strength, I am light and I am everything other people told me I couldn't be. 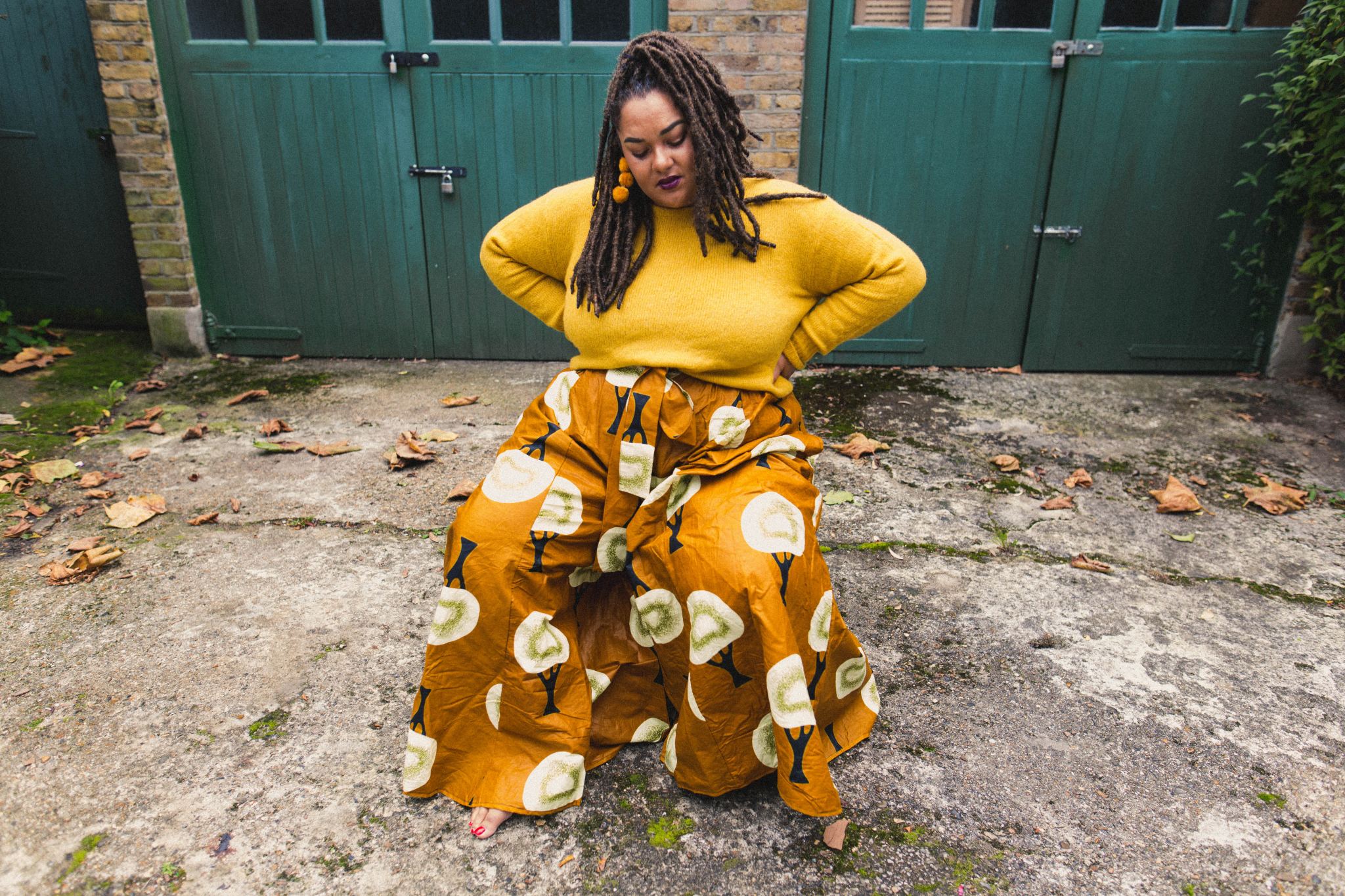