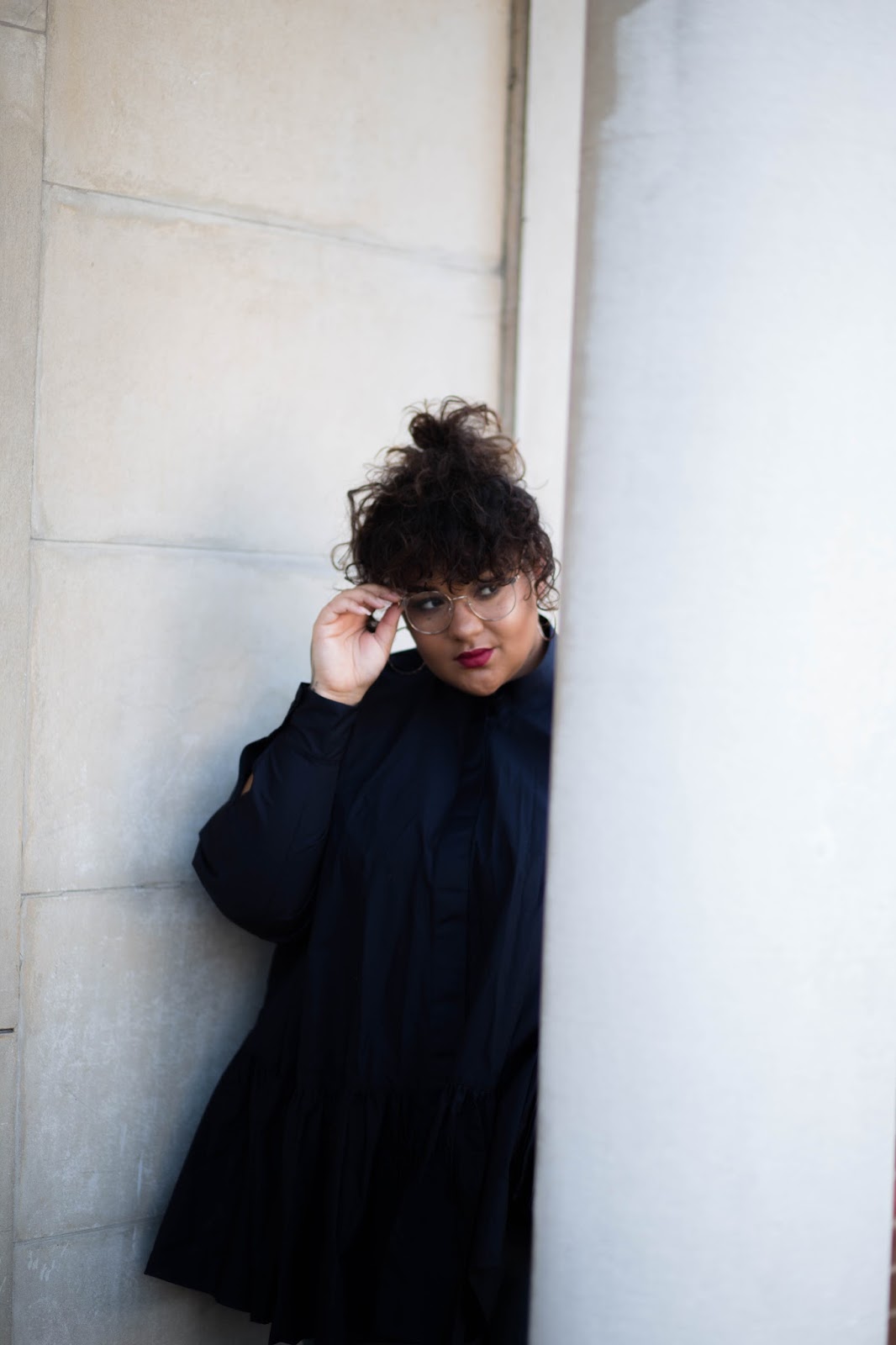 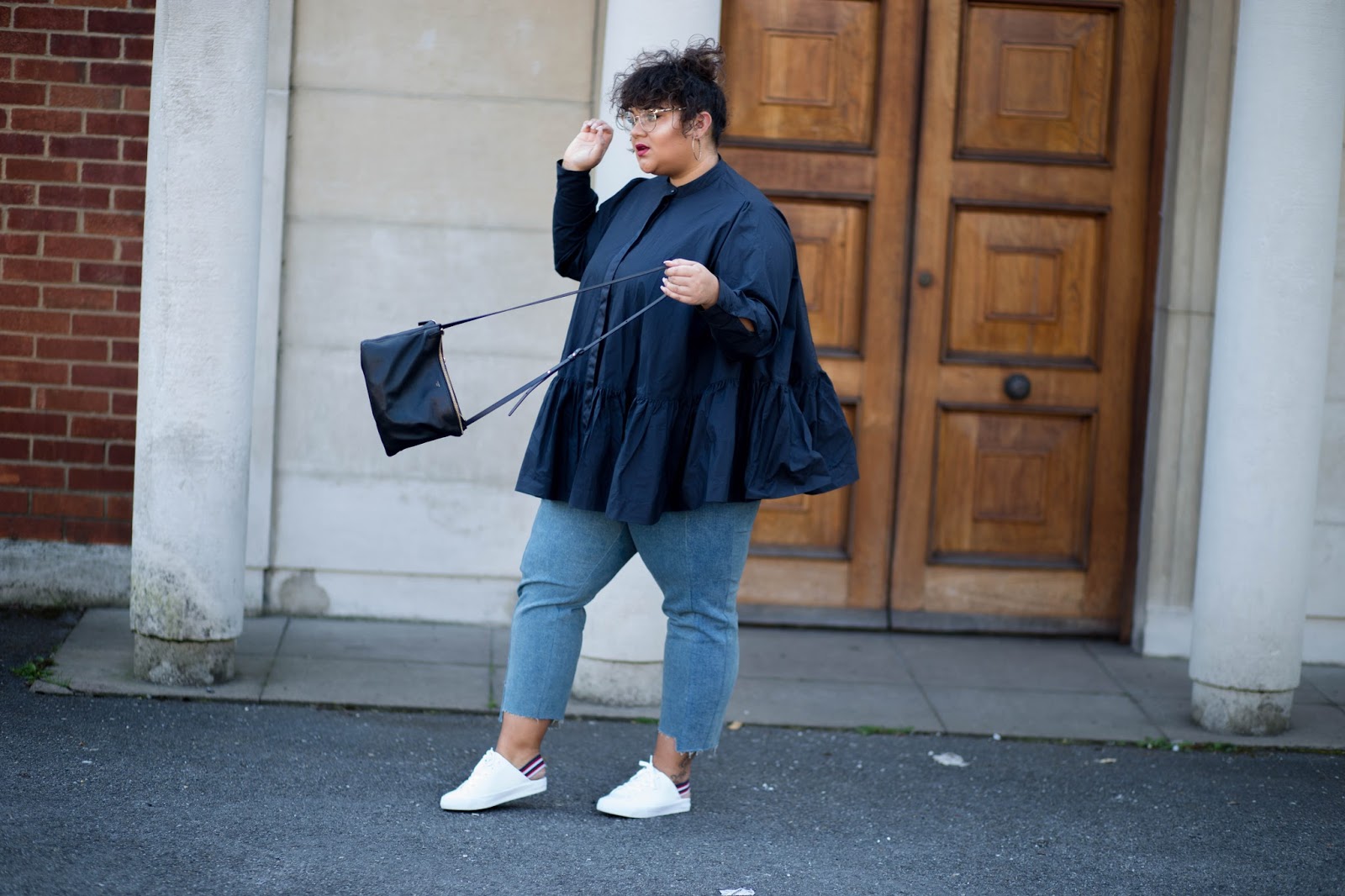 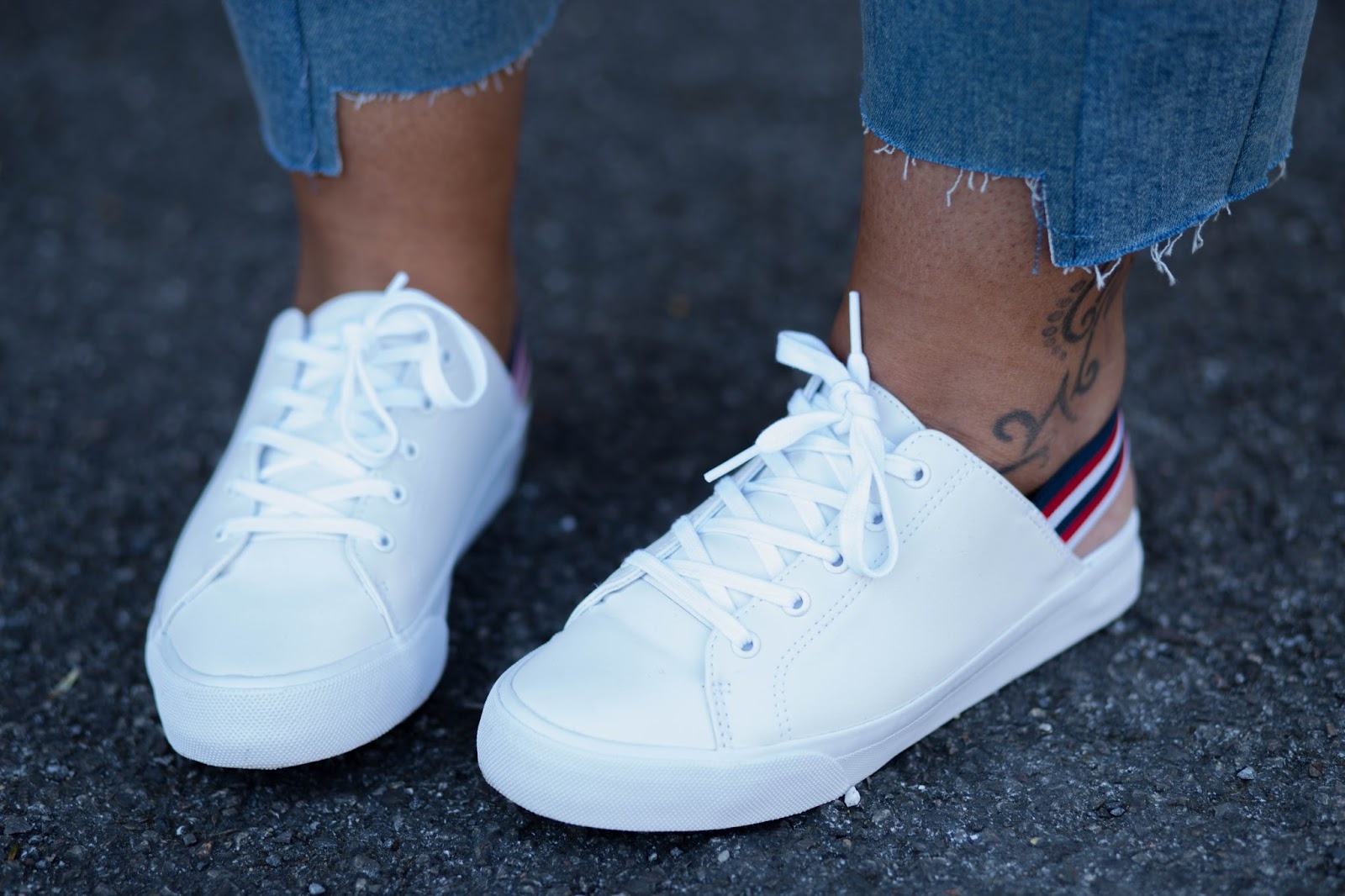 After being diagnosed with PSTD and an ED back in June 2016, I began weekly therapy sessions at The Recover Clinic. As you can imagine, its been one heck of a journey so far, and I thought it was about time I updated you.

In the beginning I hated everything about therapy. Although I genuinely liked my therapist, I hated her for making me feel so vulnerable. So naked. So exposed. I avoided my sessions as much as possible. Initially I made excuses as to why I couldn’t attend face to face (I’m busy. I’m ill. I’m dying) but when Emmy (my therapist) suggested Skype calls, I would switch off my phone or pretend I was sleeping lol. Even though my problems were affecting my life, I still wanted to run from them.

I guess I didn’t trust Emmy enough to tell her what was happening, what I was feeling, what I was thinking. I’d opened up and trusted people before but it had always gone wrong so my guard was UP, all the way up. She was persistent though. I think she saw my potential even though I didn’t and for that I’m so so thankful.

Emmy told me how important therapy was and that I needed to place some boundaries in the other aspects of my life so that I could prioritise and attend my sessions. She gave me the kick up the ass I needed and we began making some s e r i o u s progress. 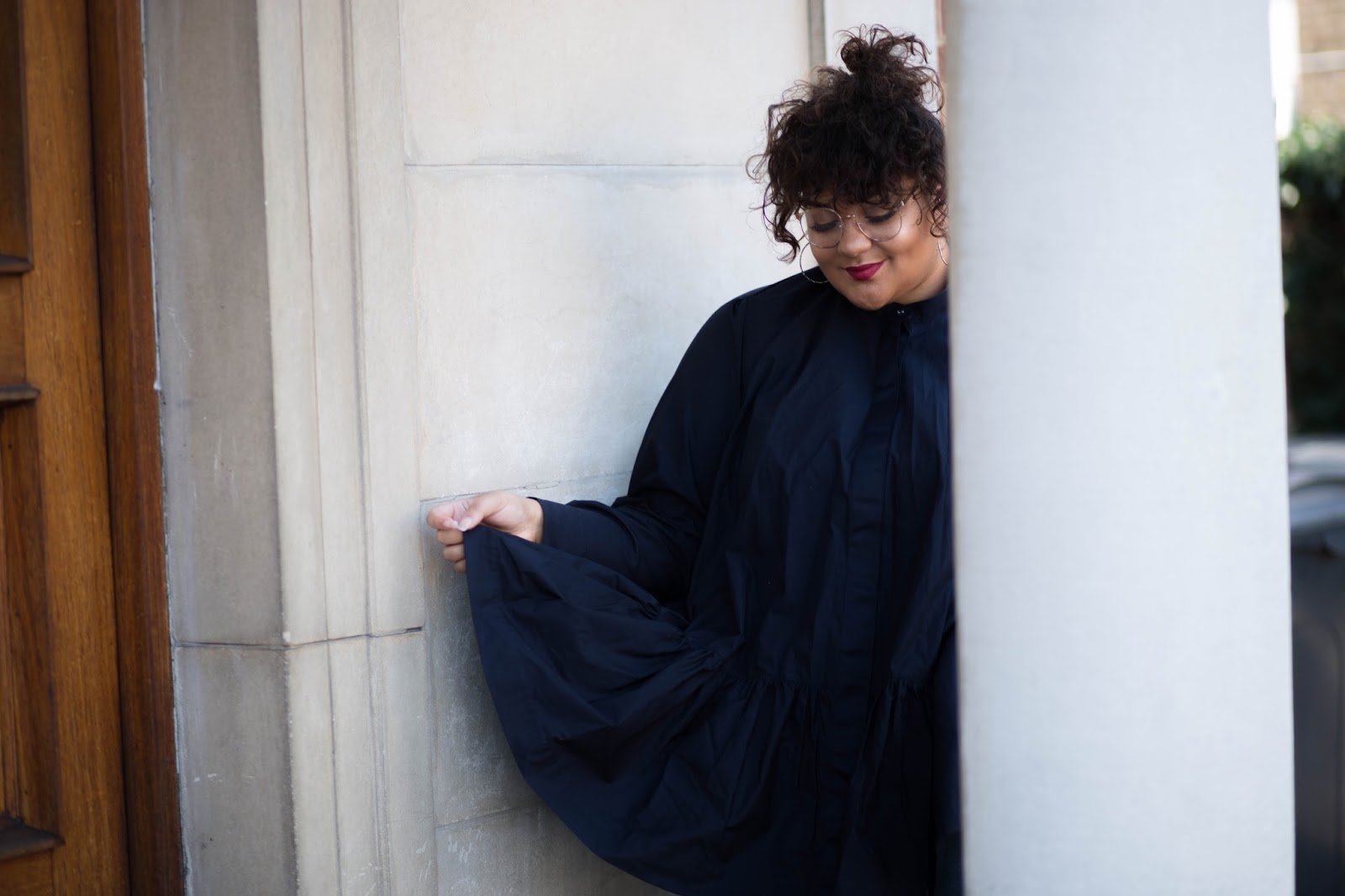 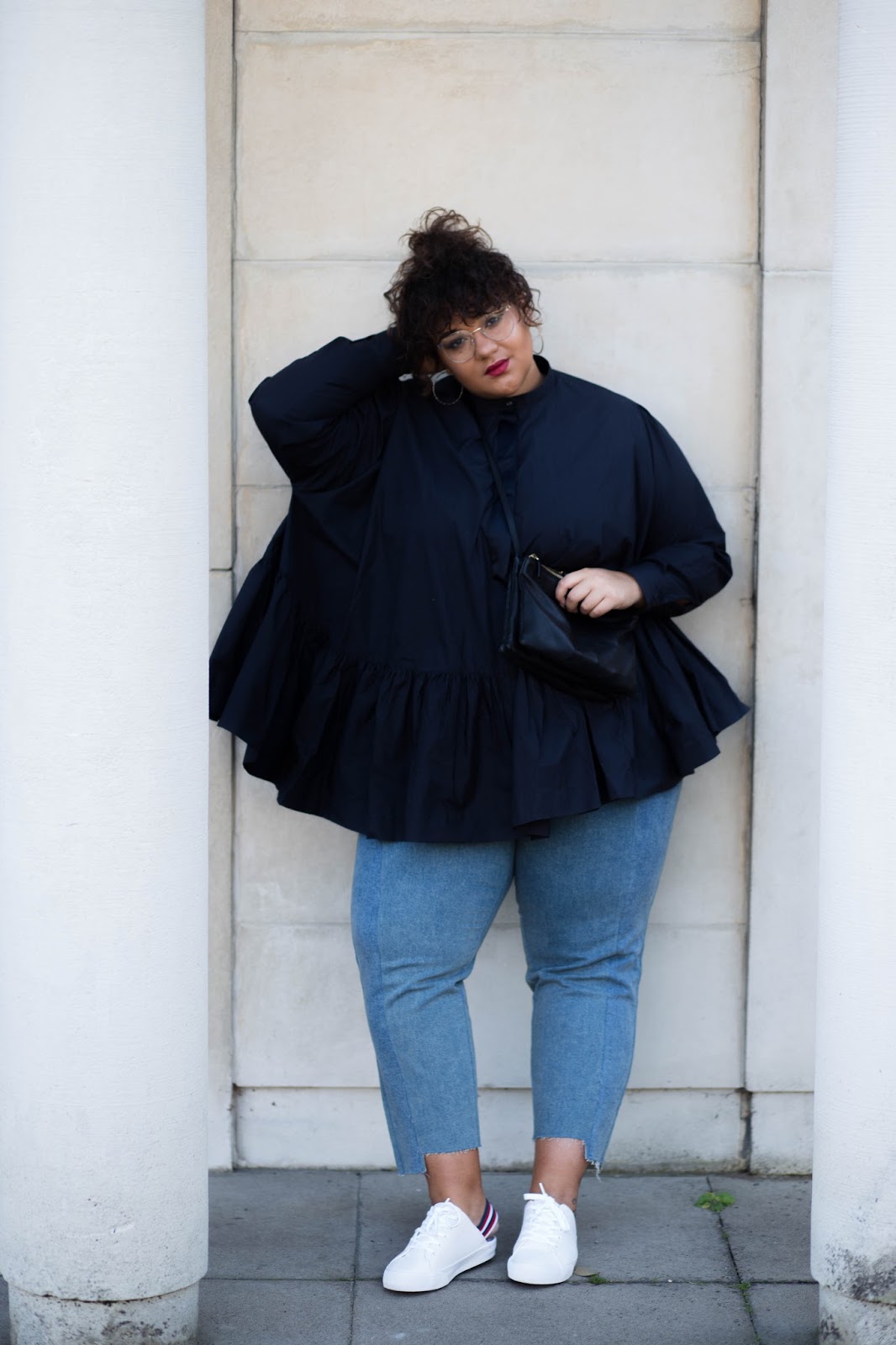 I expected my treatment to be all about food and tracking my diet and being weighed and all of that kinda stuff, but I was pleasantly surprised. All my treatment consisted of was processing my trauma. In the beginning I didn’t even know I had any, but by late September after finally letting Emmy in I had started to understand how horrendous some of my experiences had been. I was sad (still am), angry (still am), ashamed, embarrassed, vulnerable, emotional, traumatised, deflated and a gazillion other emotions too. Although Emmy could hold my emotional weight and ended our sessions on a positive note where I felt a little bit better & safe. I was extremely overwhelmed with processing all of my shit, as well as my new found knowledge that the world I had created for myself, was about to drastically change. Yes it was changing for the better, but either way I was scared.

You see, I had become accustomed to living with voices inside of my head. I had grown fond of being scared of certain foods and having a controlling disorder that was unkind and mean to me, but it was my friend (or so I thought). I genuinely believed it was normal to calorie count everything and punish myself with exercise or overeating or whatever else I knew I could abuse. I thought I was just *weird* and weak and that I needed to get my shit together. I thought locking my negative experiences in a box and hiding the key was beneficial and normal and it meant that I had overcome the affects of said experiences. Obviously.. I hadn’t and I had the biggest wake up call.

I spoke to Emmy about everything. Even when I tried to hold back out of shame, she somehow got it out of me. I spoke about my Dad and my Mum and everyone else in my family. I told my biggest secrets and my most random fears. I cried and I cried and I cried. I cried so much that I didn’t think I had any tears left. I became so consumed by my pain that I went into a deep, very dark shell that a part of me thought I’d never come out of. It was so bad that I had to take myself away from everything. Family, friends – even my career. I was confused as to why people I thought were friends, I no longer wanted to be around. I was suddenly very aware that my unwell mind had developed unwell relationships and I needed to find myself in order to carry on with treatment.

I changed my number and asked for space from everyone. I cut off toxic people and I created boundaries with people I loved but had issues of their own that I realised were affecting me. I took a full 3 days off work each week to practice self care and spend time at The Recover Clinic. I immersed myself in reading and colouring and writing. I watched my favourite shows, I went for walks and I nurtured teenage Grace through all the pain and trauma she was still suffering from. It was fucking hard – harder than I thought it would be. I was so low and so sad, but with each day I became stronger. Yes I was upset and lonely, but it was as if the tears were cleansing me, renewing me for a better life. I found solace in that. 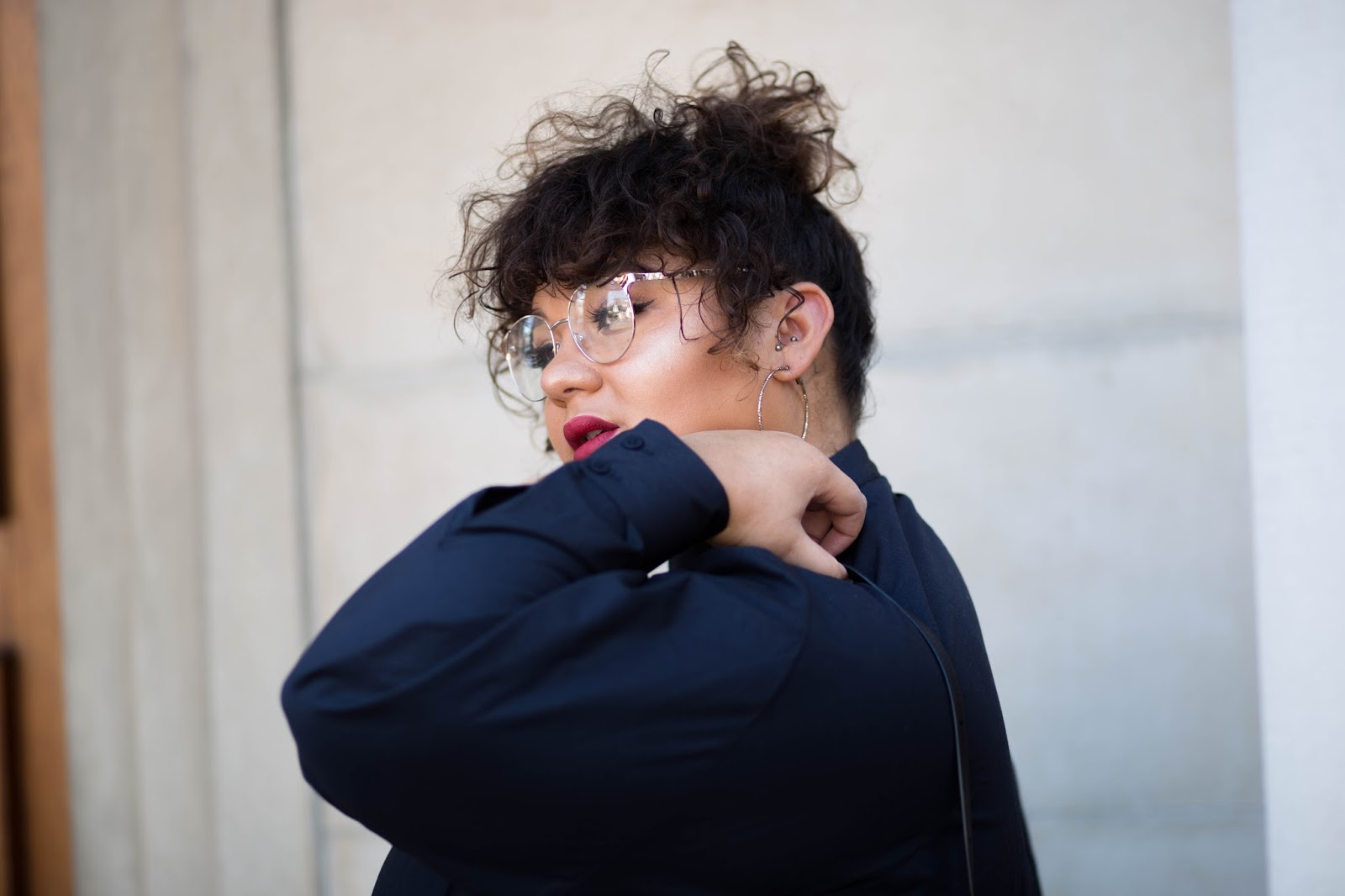 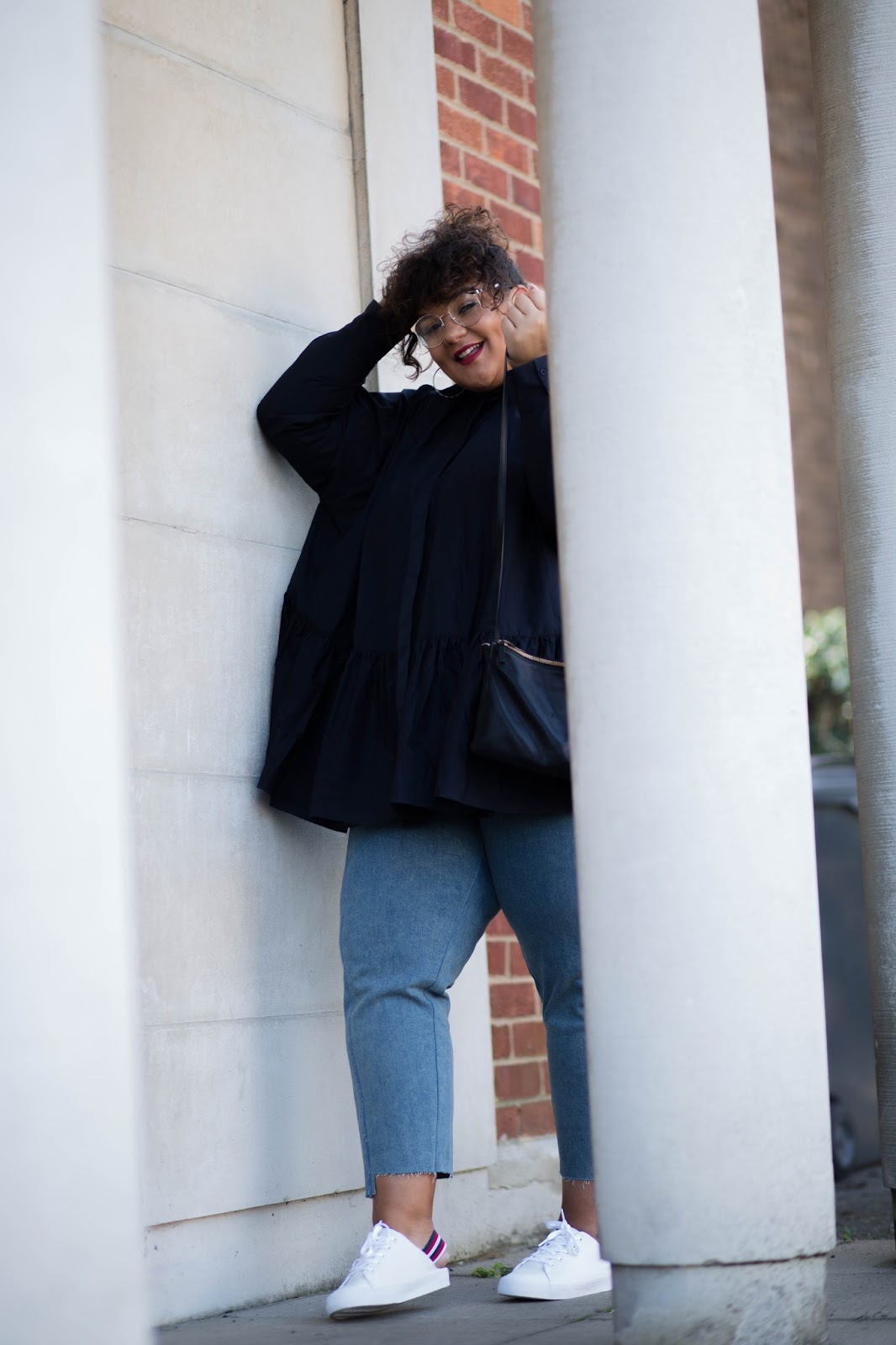 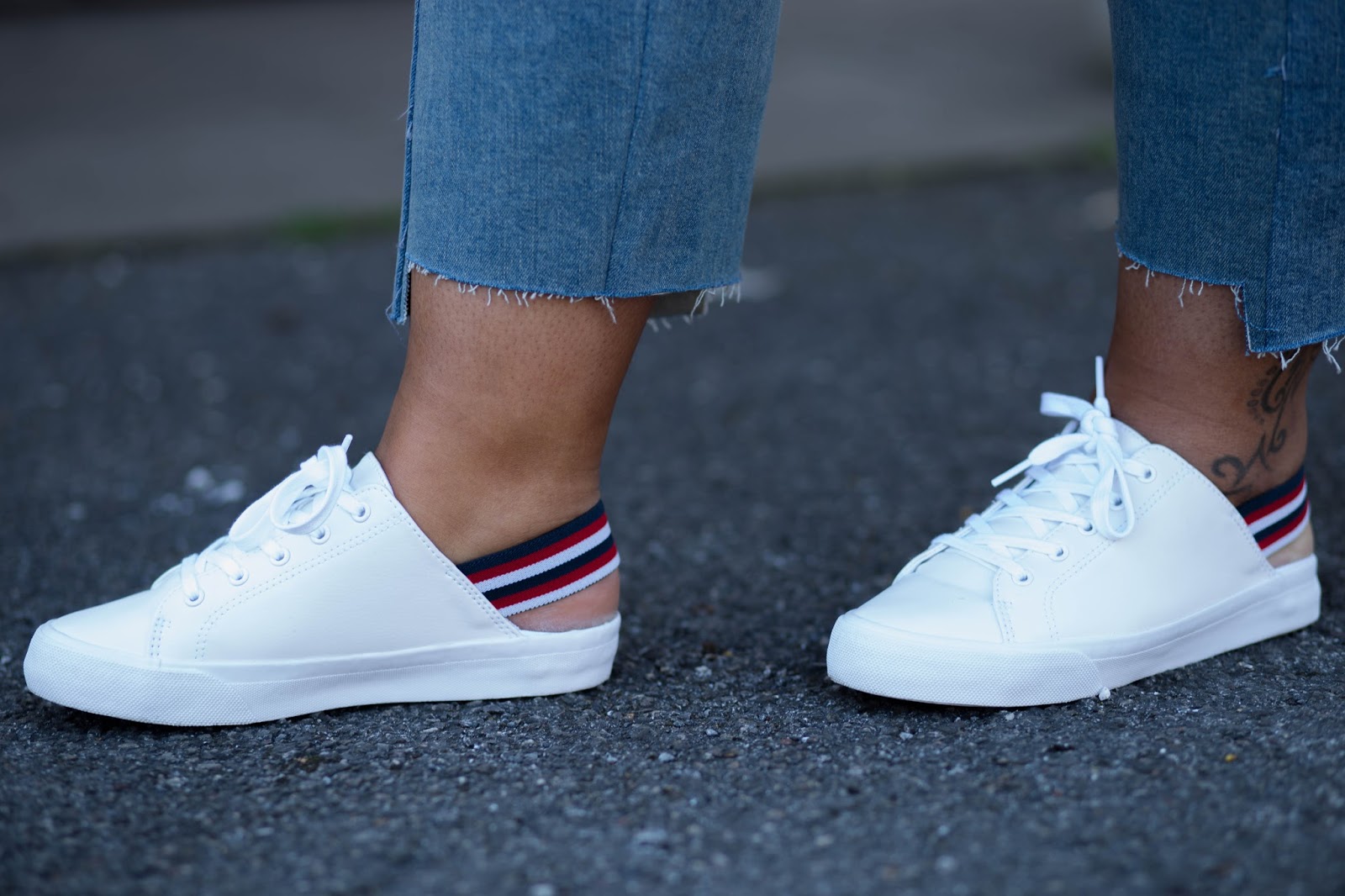 I had never been taught to trust myself, so during the really really bad days, I had to close my eyes and just imagine Emmy’s face. Her voice, her words and her advice that became the basis of my recovery – ‘be kinder to yourself’, and that is what I go with every single day.

My treatment so far has all been about empowerment and strength and developing an ability to realise my self worth can never be found in ANYTHING else, other than whats inside of me. Although thats something I’ve always known, its only recently I’ve really started to believe it. I speak to Emmy about my pain and my insecurities and I share with her things I will probably never tell anyone else – but I’m okay with that. I’ve found a bond with Emmy that I could only ever dream about. She really is my guardian angel.

Im in the anger stage now which I’m managing quite well. I’m not overwhelmed with shame or sadness anymore, I’m just a bit sensitive and vulnerable, but I know with that also comes strength. Its still difficult though and some days are harder than others. At the start of my journey I was desperate to reach the end but now I’m trying to just enjoy the ride – because I know this is where I’m going to learn the most. 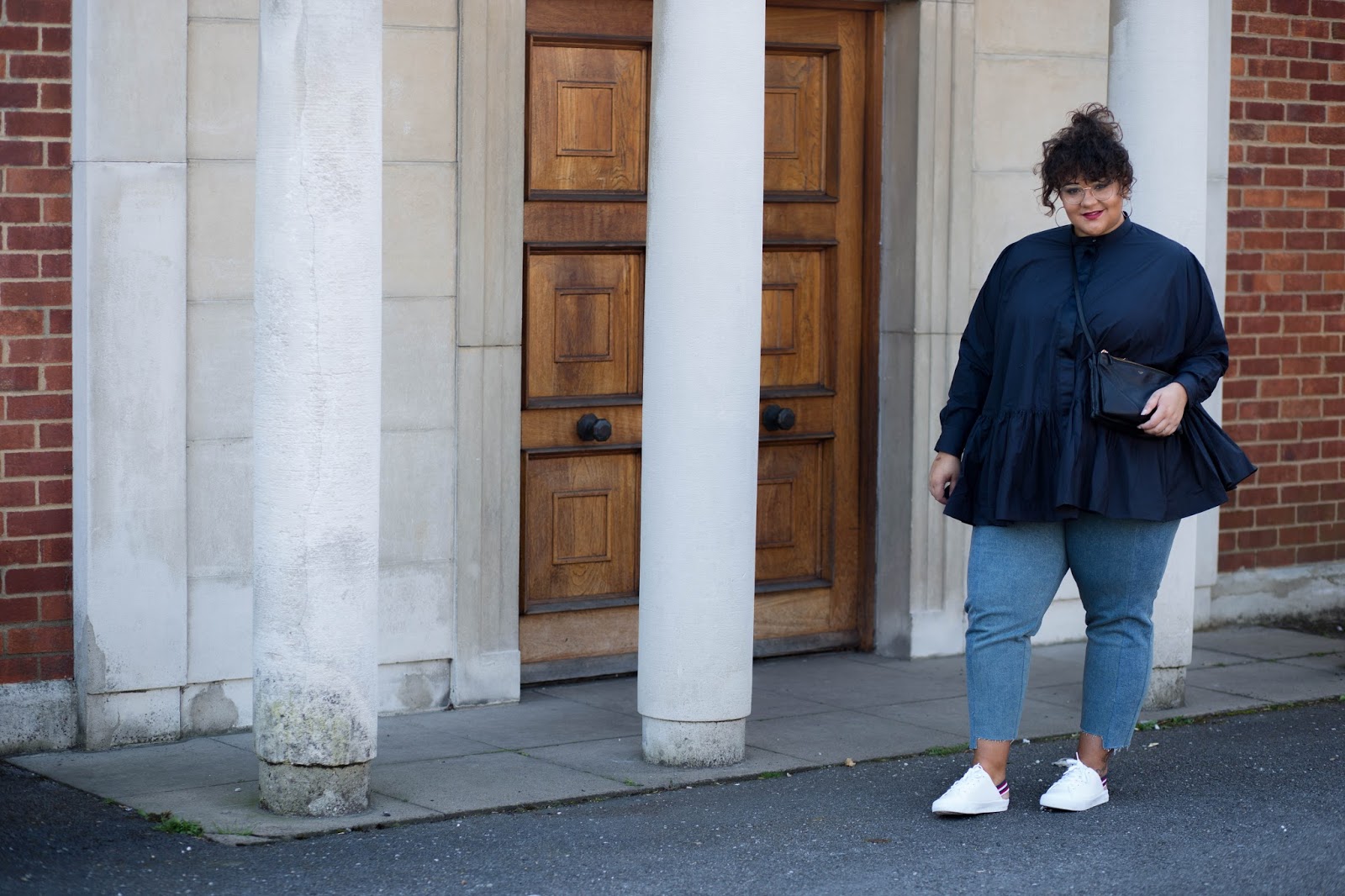 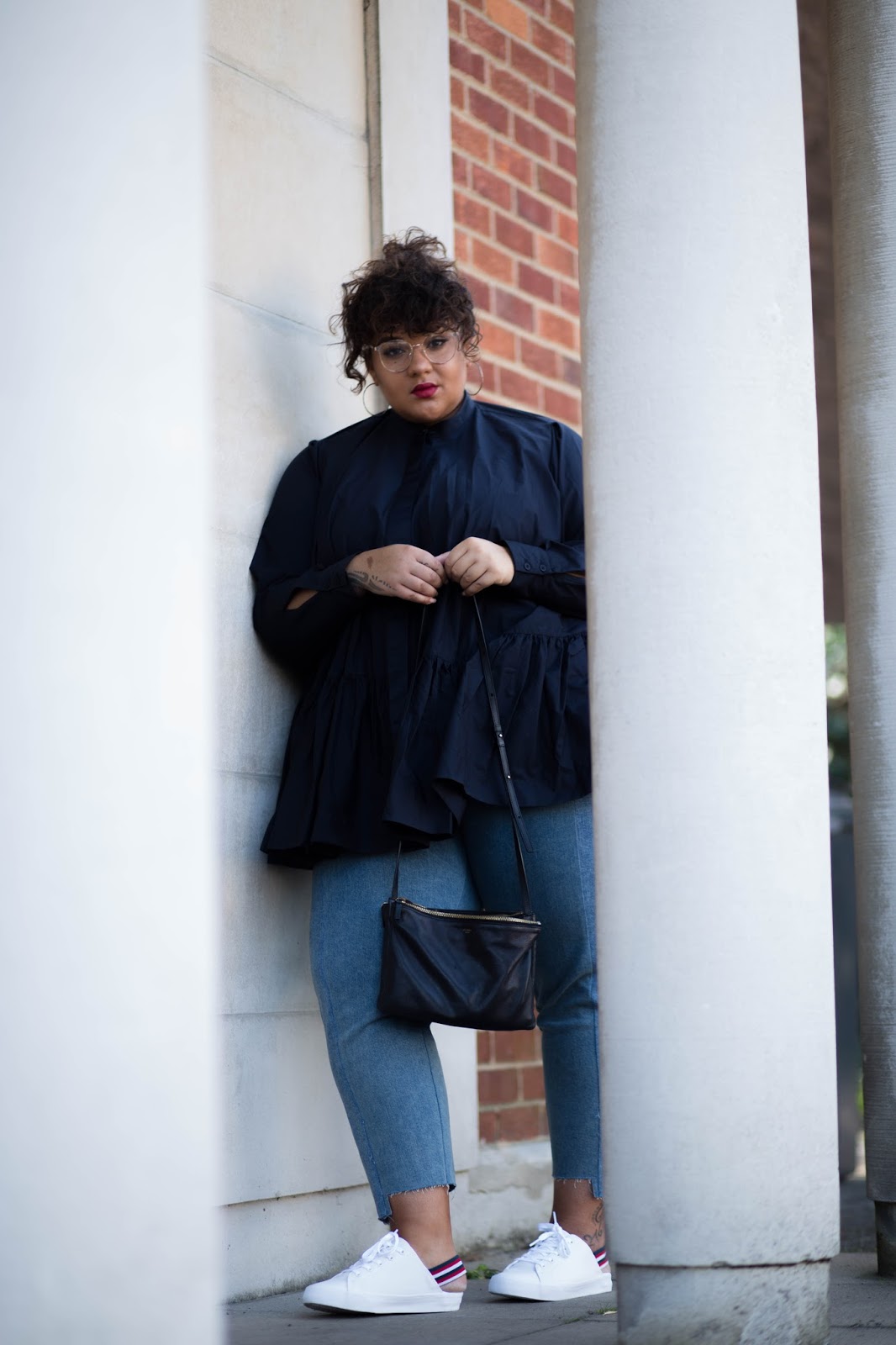 My most recent session was a few days ago and it was horrendous. I cried a river of tears but I was okay and I now know that I always will be. I also now have a dietician – woohoo! I’ve pretty much offloaded and processed all of my trauma and I know I have a long way to go, but it feels SO good that I’m now in a place where I can tackle the food part of my eating disorder.

I don’t know what the next phase of my treatment is entirely, but I trust the people helping me and that’s all that matters.